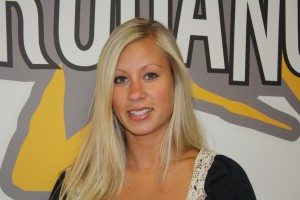 Tara has been dancing since the age of 5. At the age of 16 she received a scholarship to the Rock School of Ballet( Pennsylvania Ballet). She was also accepted to the Governor’s School for the Arts at The College of New Jersey. Upon graduation she was accepted to the California Institute of the Arts in Valencia California. There she studied under Tina Yuan and Christine Lawson both who danced with Alvin Ailey. She was then signed with DDO Artists Agency in Los Angeles. She was also offered a spot in the Hubbard Street dance company of Chicago. As a member of the Screen Actors Guild some of her credits include, Sleepers, Miracle on 34th St, Kids Fist PSA (national), “It Works For You” tap industral, and Temple University Hospital (regional).Tara has taught at several South Jersey schools as well as Ocean City High School. Her first piece won a choreography award at Starpower. Tara now resides with her familly in Cape May where she hopes to pass on her love of dance to her daughter. 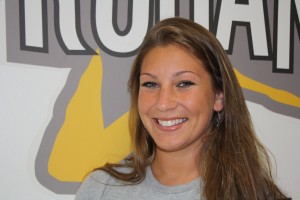 Katrina started dancing at the age of four, from there she was signed with Cathy Parker Talent Management. Katrina appeared in many commercials such as Clown Around (national), West Coast Video (national), and Morristown Mall (regional). She has competed in many dance competitions throughout the U.S. Katrina has won many titles and scholarship programs (Access Broadway, Jump, Wild). She was then accepted into Gloucester County Institute of Technology for the Performing Arts, where she studied under the direction of David Kloss. Upon graduating she received a scholarship to the Broadway Dance Center. At the age of 18 she moved to New York City and was a student at the Broadway Dance Center. Katrina has choreographed award winning routines for several South Jersey dance studios.

Laura received most of her ballet training at the “Academy of the Dance” under the direction of James Jamieson. She was then accepted into the High School of Performing Arts in Houston, Texas. Upon graduation she recieved a scholarship to the “Joffery School of Ballet.” Laura has performed abroad in Milan, Florence, Rome, Caracus, Venezuela, Santo Domingo and the Dominican republic. Performing such ballets as Coppellia, Don Quixote, Nutcracker and Sleeping Beauty. Laura has taught ballet at several South Jersey Schools for the past 10 years.